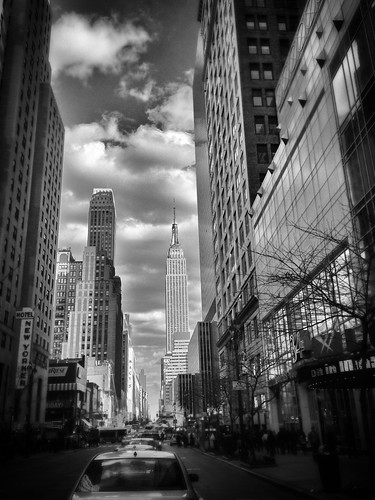 The view looking east on 34th Street in Manhattan

How can this help you?

If you shoot a lot of images of many different people in a session--think school pictures--then for those photographers who still give print proofs to the client, you will be pleased to know that adding a QR code to this proof allows you to quickly locate the master image from the active catalog so that you can print the client-selected package.  What's more, and if the photographer enables this feature, is that if the client were to scan the same QR code, they will be taken to a website for that image where the client can order the image online or contact the photographer.

You can find out more about this powerful plugin at the NPG Photo Manager Plugin for Lightroom site.

Also, if you have any ideas for either software, or hardware, products, I'd love to hear about them.  If your idea is used, and hasn't already been considered, then you will receive credit and compensation for the idea.  Ideas can be submitted to our Suggestion Box.
Hi guys!!! Here it is great moment in history. That's how it started my Professional photography career. I am starting this blog to describe step by step my way to get a photographer. I gonna post my photos in here and i really need in professional critical  opinion about my pictures . I wouldn't be offended i gonna be appreciate for every essential advice. so wish me good luck !!!!! 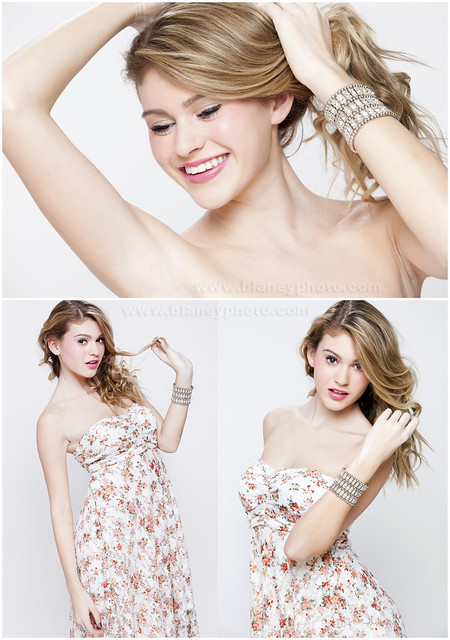 Hello! I'm new to the community!

Somehow I've managed to get as far as I have without really using a flash, but I've decided to really tackle this, and embrace artificial light when I leave the studio.

Right now I have an old Sunpak MZ440AF-PT, which came with a used Pentax a few years ago. I do not have a manual for it and am not having any luck whatsoever in getting much information online. I know how to use it with desired results, but I have a couple of issues.

1. The recycle time is terrible - I count usually around 11 seconds! I now there's a few ways around this, like adjusting to only use half power, which is easily doable, but I did find out on one site the minimum time is 8 seconds anyway. This is NOT doable ;)

I found some information about creating a battery pack (specifically for a Vivitar) which greatly increases speed (only .9 seconds to recycle) - is there any solution like this for the Sunpak? I started reading horror stories about the unit burning up if not done correctly. I don't know much about amps and volts, but have access to someone who can build me just about anything within reason. Input?

I also heard just adjusting the type of battery can make a significant difference - this I may or may not be interested in. I already struggle using batteries because I hate how wasteful they become, but if there are any suggestions for reasonably priced, effective rechargeable batteries, I'd be game!

2. I shoot with a Nikon D200 outside the studio, and I have stuck the Sunpak on with no problems so far (though only for a couple shots here and there to test things out). Is this a big no-no?

I was in the studio with a client shooting some headshots and ran into an interesting problem. I had been shooting with my Nikkor 24-70mm f/2.8 (ISO 100, 1/160th, f/7.1) when I realized I was hovering around 50mm anyway, so I decided to switch to the prime to save my back some strain.

After switching to the prime, I found everything was 2/3 of a stop *more* exposed than with the same settings on the zoom. I double-checked all my settings to make sure I hadn't bumped anything while switching the lenses and found them to be identical.

Any idea why this would be happening? I've tested in various other situations and concluded the following:

a) It's not the specific copy of the prime or the zoom -- I've tested with other lenses at the same approximate focal length and found them to match my findings with original zoom and prime. All my zooms are letting in ~2/3 stop less light than the primes. I also have two copies of the 50mm prime and both perform identically.

b) It's not the studio lights. I've checked in an all natural situation.

I'm thinking it's either from the Active D Lighting on my D300 or it's because the primes simply let in more light. I'm open to other suggestions, though, since neither of these seems quite right.

I have a colour related question and hopefully this is an okay forum to post it in.

I made my image's colours look exactly the way i wanted them in Photoshop (CS3) and in my finder (mac) it looks right as well. However, as soon as it goes online - email, Photobucket, Livejournal and Facebook - Firefox and Safari - the colours are super faded. Obviously this is not a monitor calibration thing, because i'm using the very same computer. I've tested the image on another computer by emailing it (haven't tested by transporting it via flash drive yet) and it's faded.

Question: Is there something that happens to colours when you upload a photo onine? There've been a few images i thought were darker when i uploaded them and washed out, but not to this extent so far. Also, usually it was a matter of looking at it online on a different monitor than on the one i set up the image on. So my assumptions where around monitor calibration?

If anyone can shed some light on this, no pun intended, that would be awesome!
Call it "My Luck" that scouting out a location the day before, I was able to pick the exact place and time a body would wash ashore while I was trying to setup a shot. That's what happened. Here is the lovely Miss Chloe Leigh to tell it. :)

Oh... and here is the photo we were shooting.

Submit your business at www.SomethingBlueBook.comhttp://somethingbluebook.com/wedding-vendor-business-directory/wpdir-add/
Collapse